The Ventura county real estate market is as wide and varied as the county itself. For those wanting the proximity to Los Angeles without living in LA County itself, the Conejo Valley offers several enticing options. Head more towards Santa Barbara, and you will get the farmlands and beaches of the Oxnard Plain.  Whichever area you are interested in, Dream Home Property Solutions, LLC has the knowledge to assist you throughout the whole county.  Call us today at 805-250-8335

Ventura County is located in southern California, bordered by Los Angeles, Santa Barbara, and Kern counties.  Ventura County includes the cities of Ventura, Ojai, Oxnard, Port Hueneme, Camarillo, Fillmore, Santa Paula, Moorpark, Simi Valley, and Thousand Oaks. The county is basically divided into two sections, an East and a West section. The two sections are separated by the Conejo Grade, which is a 7% grade incline, part of the Ventura Freeway, which is signed as the U.S. Route 101. Cities in Ventura County that are east of the Conejo Grade include Thousand Oaks, Simi Valley and Moorpark; this area is known as the Conejo Valley, which is located in the Santa Monica Mountains. The western Cities of Ventura County are Santa Paula, Fillmore, Camarillo, Port Hueneme, Oxnard, Ojai, and Ventura. 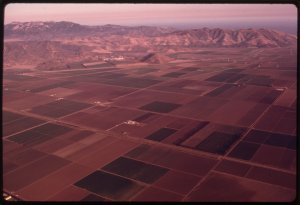 Residential development in the eastern section, especially in the cities of Thousand Oaks and Simi Valley, has been greatly restricted by the city planners.  The determination of the cities to prevent urban sprawl has ensured that a lot of the open space and nature in the area will be put aside and preserved. Due to this fact and of how close it is to Los Angeles, the eastern section of Ventura County has become one of the more popular areas to live in Southern California.  Ventura County real estate in the Conejo Valley has seen a significant rise in prices over the past decade. Not to be outdone, the western section has seen its fair share of growth and influx of residents from other areas of Southern California.  Many people love the beaches of Ventura and Oxnard while others like the small town feel of Fillmore and Moorpark.  As the old saying goes, Ventura County truly has something to offer most families.

As residents of Ventura County, co-owners Ainslee and Cornelius Charles formed Dream Home Property Solutions, LLC to become the leading experts in the county that they call home. Born and raised in Southern California, Cornelius grew up in Pasadena before spending his college days in San Diego and then eventually moving to Ventura County in 2001.  As a product of Northern California, Ainslee moved to Ventura County to bring her property management skills to her new hometown.  As your neighbors, let Dream Home Property Solutions, LLC help you with all of your Ventura County real estate needs.

To keep up to date with all the latest news and information about the area, make sure you visit our residential real estate services page.