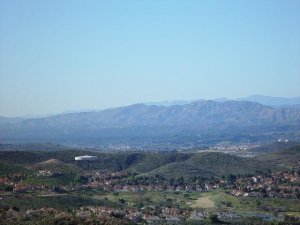 Once inhabited by the Chumash Indians, many consider Simi Valley a gateway between Ventura and Los Angeles counties. Also known as Simiopolis and Simi in the early part of the 1900s, the city was incorporated as Simi Valley in 1969. Dream Home Property Solutions, LLC specializes in the Simi Valley real estate market and offers unparalleled services for those looking to buy or sell a home in Simi Valley. Act now and contact us at 805-250-8335.

The City of Simi Valley is located in Southeast Ventura County, approximately 35 miles from downtown Los Angeles. Located more inland than other cities in Ventura County, such as Oxnard and Ventura, temperatures in the summer can average in the mid 90’s. Due to its location, Simi Valley lies in a high-risk area for wildfires that occur every few years during the summer months in parts of Southern California. Surrounded by the Simi Hills and the Santa Susana Mountain Range, temperatures during the winter tend to be in the 50’s, but can average in the high 30’s after sunset. As stated by the United States Census Bureau, the population of Simi Valley was 124,237 in 2010.

Unfortunately, Simi Valley is best known in connection with the Rodney King trial, as the city was selected as the venue for the state case against the four Los Angeles Police Department officers who were accused of using unnecessary force against King. Despite this fact, the Ventura County Star cited a study by the University of Vermont naming Simi Valley as the eighth happiest city in the country. One of the biggest destination points in Simi Valley is the Ronald Reagan Presidential Library. The library is the final resting place of the 40th President of the United States, Ronald Reagan, and is the largest of all of the presidential libraries. Dedicated in 1991, the ceremony saw five Presidents gathered together for the first time in United States history: George H Bush, Jimmy Carter, Gerald Ford, Richard Nixon, and of course Ronald Reagan. 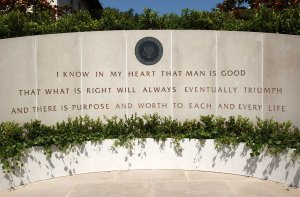 As part of the city’s Department of Environmental Services, Simi Valley has a Housing Section within its Planning Division. Their mission is to “create a strong, sustainable, inclusive community with quality housing for all of our residents.” The Housing Section has different housing programs including Affordable and Senior Housing Program, Home Rehabilitation Program, Community Development Block Grant (CDBG) Program, Fair Housing Program, Home Foreclosure Assistance, and a Mobile Home Rent Mediation Program. For more information about Simi Valley real estate programs that the city has to offer, we recommend following this link for the City of Simi Valley Housing Section/Planning Division

Dream Home Property Solutions, LLC is now the go-to company for all of your needs in the Simi Valley real estate market, as well as the surrounding areas. Formed by Ainslee and Cornelius Charles, this entity personifies the hard work and dedication that has been the hallmark of two successful careers. Ainslee is a respected real estate agent who is bringing her experience to Ventura County. Cornelius brings to the company a professional air that has been developed by his background as a mechanical engineer and a project manager for Department of Defense projects. Dream Home Property Solutions, LLC offers an array of tools for any real estate situation, whether you’re facing foreclosure or are trying to purchase the home of your dreams.