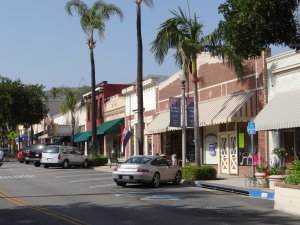 The Fillmore real estate market is becoming more and more attractive to Ventura County residents. Affordable housing and less congestion are some of the perks in living away from the bigger cities in the county. Dream Home Property Solutions, LLC can show you the benefits of real estate in “The Last, Best Small Town.” Call us today at 805-250-8335.

The area around Fillmore was first discovered in 1769, when a Spanish expedition made camp after coming down from the valley. The city was officially founded in 1887, mostly due to the construction of the Southern Pacific Rail Line. In 1914, the city voted for incorporation. In terms of area, Fillmore is the smallest city in Ventura County measuring a total area of only 3.4 square miles. As stated by the United States Census Bureau, the population of Fillmore was 15,002 in 2010.

Fillmore is located in the northern part of Ventura County. The city is nestled in the Santa Clara River Valley, below the San Cayatano Mountain peak. Like the neighboring city of Santa Paula, Fillmore is an agricultural area. Located nearby are a fish hatchery and the Sespe Condor Sanctuary, which is a wildlife refuge in the Topatopa Mountains. The sanctuary was instrumental in teaching California condors to avoid power lines that were killing many of the species. By using mock power poles that emitted mild shocks when the condors landed on them, the birds eventually learned to avoid power poles, aiding in a significant reduction of the mortality rate of the largest land bird in North America. 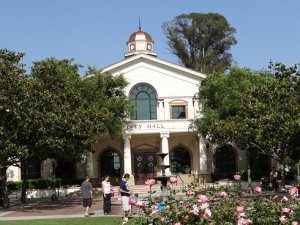 Fillmore is often described as a small valley town. One of the smaller towns in Ventura County in both physical size and population, residents enjoy a similar lifestyle to that of Santa Paula. Features of this small town include the Fillmore Towne Theatre, the historic Fillmore and Western Railway train depot, a local winery, and the Elkins Ranch Golf Course. Homebuyers looking to purchase Fillmore real estate will find that home prices are normally much lower than other parts of Ventura County. Due to its proximity to the California State Route 23 and the ability to easily commute to Ventura and Oxnard, many residents are now looking to relocate to Fillmore for the affordability factor.

Fillmore real estate company Dream Home Property Solutions, LLC invites you to contact us to learn more about buying or selling property in Fillmore. Co-owners Ainslee and Cornelius Charles take pride in serving the county that they call home. Let us show you why we are the preferred resource for all information regarding real estate in Fillmore and the surrounding areas.