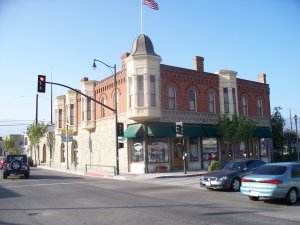 Take California State Route 126 east from Ventura and you will find the city of Santa Paula. With a main street at the center of town, much like those found in Middle America, Santa Paula has avoided the sprawl and overcrowding of many Southern California cities. Dream Home Property Solutions, LLC, is proud to assist buyers and sellers in the Santa Paula Real Estate market. Act now and call us at 805-250-8335.

The geographical center of Ventura County, Santa Paula is 14 miles east of Ventura and 65 miles northwest of Los Angeles. Located in the Santa Clara River Valley, Santa Paula is a rich agricultural area, much like most of the western section of Ventura County. Known as the “Citrus Capital of the World,” visitors will find many fruit groves including avocado, orange, and lemon. As stated by the United States Census Bureau, the population of Santa Paula was 29,321 in 2010.

Originally established by the Chumash Indians, Santa Paula is located on the 1843 Rancho Santa Paula y Saticoy Mexican land grant. The city itself was founded in 1872 by Nathan Weston Blanchard who purchased over 2,500 acres of land. With the discovery of oil, the Union Oil Company was founded in Santa Paula in 1890. Other oil companies eventually set up shop in the area, including Oak Ridge Oil Company and Occidental Petroleum. Today, Santa Paula’s economy is heavily based on agriculture. Some of the state’s top agribusinesses have a large presence in Santa Paula, including Limoneria, Calavo Growers, Pan American Seed, Saticoy Lemon Company, Fruit Growers Supply, Shore Packing Company, Fruit Growers Laboratory, and Rain for Rent. Other businesses located in the area include Automotive Racing Products, Abrisa Glass, Santa Paula Chevrolet, and Ford of Santa Paula.

Santa Paula is often described as a small town with Spanish influence. One of the smaller towns in Ventura County, many residents enjoy the quieter life than that offered by the larger cities of Ventura or Oxnard. Its semi-rural setting offers the perfect location for those looking to raise a family away from the fast paced life that most Southern Californians live. With very few large retail stores, residents often drive to Ventura to do the bulk of their large purchases. If a slower pace is what you are looking for, Santa Paula real estate makes this town the perfect place for you to call home.

Dream Home Property Solutions, LLC can help you navigate all of your Santa Paula real estate needs. Founded by Ainslee and Cornelius Charles, we specialize in the smaller markets of Ventura County as well as the larger cities. Ainslee has successfully managed property in the Sacramento area before moving to Ventura County. Working at Naval Base Ventura County for well over a decade, Cornelius has gained vast knowledge of Santa Paula and all of the surrounding neighborhoods. Dream Home Property Solutions, LLC promises to deliver you the dedication and professionalism that you deserve.