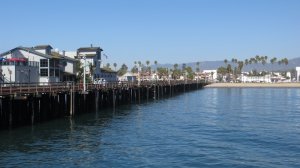 Santa Barbara is one of the most beautiful, prestigious, and historic communities in Southern California. This exclusive district is known for both its Spanish style and contemporary architecture, making it a highly coveted market for regular families as well as the rich and famous. Dream Home Property solutions, LLC, the premier real estate firm, is the leading solution for the Santa Barbara real estate market and investing in homes throughout the county. Call us today at 805-250-8335!

Santa Barbara is located approximately 90 miles northwest of Los Angeles. Once you reach Ventura, a scenic and beautiful drive up the US 101 will lead you along the Pacific coast and straight to Santa Barbara. Nestled between the Pacific Ocean, the Santa Ynez mountains, and an east-west ridge known locally as “the Riviera,” Santa Barbara is one of the premier destinations of Southern California. Visitors will find that this community by the ocean experiences cooler summers and warmer winters than cities located further inland, as onshore breezes from the ocean maintains moderate temperatures. As stated by the United States Census Bureau, the population of Santa Barbara was 88,410 in 2010. 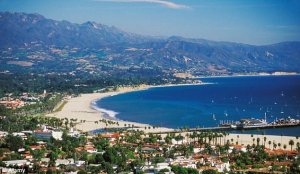 Compared to the California average, statistics for Santa Barbara real estate show that household income and median home prices are higher in Santa Barbara. In fact, you will see that the median home price is more than double that of the California average. The much higher median price points can be contributed to properties near the beach, on top of hillsides offering spectacular views of the Pacific Oceans, or in neighborhoods with historic significance. On top of that, Santa Barbara is also a highly coveted city for the rich and famous to own properties as a vacation home to get away from the hustle and bustle of Los Angeles. That being said, there are neighborhoods in Santa Barbara that can fit any price range and budget, including The Mesa, Mission Canyon, The Riviera, The Westside, The Eastside, Upper State Street, San Roque, Samarkand, and Hope Ranch.

Ainslee and Cornelius Charles formed Dream Home Property Solutions, LLC to become the leading presence in the Santa Barbara real estate market. Along with the logistical expertise she gained from working for a contractor of the Department of Defense, Ainslee has experience managing property in Northern California that she acquired before relocating to Ventura County. Cornelius has successfully led projects in excess of seven million dollars to achieve results that are within budget and on time for the United States Department of the Navy, and now he’s focusing those leadership skills in the real estate industry. Dream Home Property Solutions, LLC promises to deliver knowledge, dedication, and professionalism that is unmatched. We will be more than happy to meet all expectations for any and all of your Santa Barbara real estate needs.

For more information regarding Santa Barbara real estate or how our company can help you, you can read more about our residential real estate services.