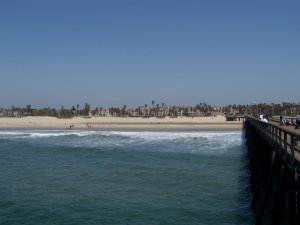 Located on the Pacific Ocean at the southwest portion of the Oxnard Plain, you will find the city of Port Hueneme. Besides the beautiful beaches that draw many tourists throughout Southern California, the Port of Hueneme is one of the biggest economical drivers in Ventura County. Let Dream Home Property Solutions, LLC open the door for you into the Port Hueneme real estate market. Call us today at 805-250-8335!

First settled by the Chumash Indians, Port Hueneme derives its name from the Chumash words “wene me,” which means Resting Place. In the 1500s, the area was explored by a Portuguese explorer named Juan Rodriguez Cabrillo, who also explored the Channel Islands. In 1871, Thomas Bard began a project to construct the Hueneme Wharf, which led to the growth of the town as we know it today. In 1939, the town’s name was officially changed to Port Hueneme before being incorporated in 1948. As stated by the United States Census Bureau, the population of Port Hueneme was 21,723 in 2010 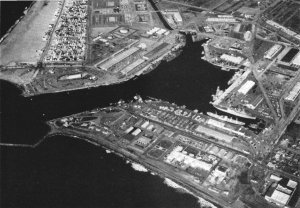 Those looking to purchase Port Hueneme real estate will find a nice selection of affordable housing, especially considering the quality of life that can be found in this small city by the beach. In fact, the city’s website reports that “Port Hueneme has the most affordable housing and broadest mix of dwellings in all of Ventura County.” Port Hueneme itself has a small town atmosphere and is a short drive to the larger cities of Oxnard and Ventura. With the Naval Base and the Port of Hueneme as the city’s main economic drivers, the economy of Port Hueneme is able to withstand some of the monetary adversities that other cities in California might face during times of economic hardship.

Dream Home Property Solutions, LLC can help you buy or sell your home in Port Hueneme. With dedication and an attention to detail that is unmatched, Ainslee and Cornelius Charles have built a team that will be there for you and your family. Having worked on Naval Base Ventura County, Cornelius has an intimate knowledge of Port Hueneme and the surrounding neighborhoods. Ainslee’s property management background and overall real estate knowledge transitions perfectly from Northern California to Ventura County. Whether you are in the market for a condominium, single family home, or even looking for an apartment to rent, Dream Home Property Solutions, LLC will be happy to meet any and all of your Port Hueneme real estate needs.