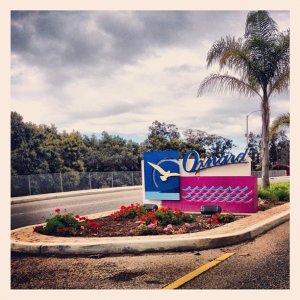 One of the most diverse cities in Ventura County is Oxnard. From beachfront property to the homes at Riverpark, the Oxnard real estate market offers many different options for your family to call home. With an assorted selection of housing units available and attractive prices, Oxnard is seeing growing interest from homeowners and investors alike. Dream Home Property Solutions, LLC is the area’s preferred source for sellers and homebuyers seeking a level of service unlike any other in the area. Contact us now at 805-250-8335!

Oxnard, the 19th most populous city in California, is located approximately 35 miles North-West of Los Angeles and is the most populous city in Ventura County. With the Ventura foothills as a backdrop and the Pacific Ocean and its beaches as its borders, Oxnard is an agriculture center known for its strawberries, lima beans, and sugar beets. Oxnard has its own regional airport (OXR), along with stops for Greyhound, Metrolink, Amtrak, and Union Pacific, making it one of the major transportation hubs in Southern California. With its temperate weather, Oxnard’s annual average high temperature is 73 degrees, and its annual average low temperature is 51 degrees. As stated by the United States Census Bureau, the population of Oxnard was 197,899 in 2010.

Oxnard has several industries driving its economy, including tourism, manufacturing, defense, transportation, oil, and of course agriculture. With Port Hueneme being the only deep-water port between San Francisco and Los Angeles, international trade is also a big part of the economy. There are two oil fields that are actively producing oil to be refined at Tenby Inc.’s Oxnard Refinery. Major employers in the area include the City of Oxnard, Waterway Plastics, Oxnard High School District, and St. John’s Medical Center. Every year, the Dallas Cowboys hold training camp at the River Ridge Field in Oxnard. Cowboy fans throughout the area make sure they attend to get a first-hand look at their favorite team. Also during the summer is the annual Strawberry Festival, featuring fresh strawberries grown in Oxnard, along with music, rides, activities, booths, and other great food and entertainment. 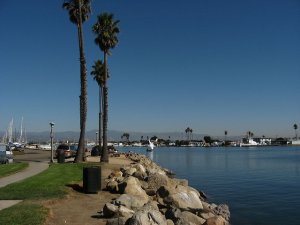 You will find that the housing market in Oxnard offers some of the most available and affordable homes in the county. Oxnard real estate has something that is sure to appeal to any person or family seeking a home. From beachfront homes, historic neighborhoods, mixed-use housing, and everything in between, Oxnard offers one of the widest range of choices for real estate, while still being one of the most affordable areas in Southern California. According to the City of Oxnard, median homes prices in the city peaked at $593,000 in 2006 and then dropped to $285,000 in 2012. As of mid-2013, the median home price in Oxnard stood at $368,000.

Co-owners Ainslee and Cornelius Charles have formed Dream Home Property Solutions, LLC to be the experts in Oxnard real estate, with Cornelius as a successful project manager from the Department of Navy, and Ainslee as a Ventura County real estate agent. Both have taken their skillsets that have brought them success in their other careers and have combined that with their passion for real estate. Along with other team members, they are able to provide solutions to the purchase or sale of properties, or any of your real estate needs throughout the area. Their goal is to make sure that all of their clients are armed with all of the resources and information needed to make the best possible decision for each unique situation.