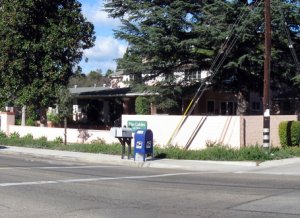 Head up highway 33 from the 101 and you will find the City of Ojai, the smallest city in Ventura county. Known for being a retreat for actors, musicians, and artists in general, Ojai is a serene place known for its natural beauty. Ojai is not only one of the most coveted destinations in Ventura County, but also in all of Southern California. Dream Home Property Solutions LLC, the leading Ojai real estate firm, strives to ensure the success of any transaction in this unique real estate market. Call us now at 805-250-8335!

Originally founded by the Chumash Indians, Ojai is a popular location for those looking to avoid the hectic lifestyle of most Southern California cities. Ojai is situated in a small valley surrounded by mountains and hills that measure close to 10 miles long and 3 miles wide. Located North of Ventura and East of Santa Barbara, Ojai is approximately 15 miles inland from the Pacific Ocean, making it close enough for residents to commute anywhere in Ventura County in a timely fashion, yet far enough to offer a little bit of peace and tranquility. Temperatures during the summer have been known to exceed 100 degrees. Winter temperatures are mild, with night time lows occasionally dropping below 40 degrees. As stated by the United States Census Bureau, the population of Ojai was 7,461 in 2010.

The main economical driver of Ojai is the tourism industry. It is known for its many recreational activities and hotels, including the Ojai Valley Inn and Spa, which was listed as one of the top 25 North American Spa Resorts by Conde Nast Traveler Magazine. In order to keep the “small town feel,” most chain stores are prohibited by city law. Occurring on the first weekend after Memorial Day, the Ojai Music Festival brings musicians and composers from across the country on a yearly basis. Also occurring annually is a two week playwrights festival known as the Ojai Playwrights Conference. Other Annual events include the Garret Lemire Memorial Grand Prix and the Ojai Wine Festival. 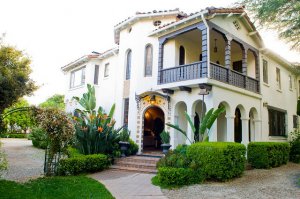 Although not as high as Santa Barbara, Ojai has some of the most expensive home prices in California. Higher home prices are supported by a large number of its population working in white-collar jobs. There are also a number of Hollywood actors who have resided in Ojai, including Emily Blunt, Ellen DeGeneres, Anne Heche, Anthony Hopkins, Bill Paxton, Ted Danson, and Reese Witherspoon. Surrounded by the Sulphur and Topatopa Mountains, the Ojai neighborhoods of Meiners Oaks, City Center, or Arbolada offer unique opportunities to meet your Ojai real estate needs.

Founded by residents of Ventura County – Ainslee and Cornelius Charles – Dream Home Property Solutions, LLC strives to be one of the most respected local real estate services company available today. Cornelius comes from a mechanical engineering background and is now bringing that same focus and dedication that allowed him to lead multimillion dollar projects to real estate. Ainslee successfully manages property in Sacramento County and is also a realtor at Ventura Property Shoppe. Together, they have built Dream Home Property Solutions, LLC to become the leader in Ojai real estate expertise and solutions for its clients. Working with a team of other real estate professionals, the firm promises to deliver the results that homeowners are seeking.