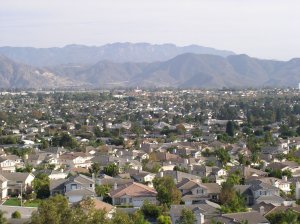 Located midway between Los Angeles and Santa Barbara, Camarillo is one of the safest cities in Ventura County. The first city you reach as you head down the Conejo Grade, residents enjoy shopping at the Camarillo Premium Outlets or take a short drive to visit the beaches of Ventura or Oxnard.  Dream Home Property Solutions, LLC provides the local experience you need to successfully navigate the Camarillo real estate market.  Call us today at 805-250-8335.

The city of Camarillo, named after Juan and Adolfo Camarillo, is located approximately 52 miles northwest of downtown Los Angeles.  Surrounded by the Santa Monica Mountains, the Camarillo Hills, and the Santa Susana Mountains, Camarillo is located in Pleasant Valley of the Oxnard Plain. Being close to the coast, ocean breezes keep temperatures in the 60’s and 70’s throughout most of the year.  Like most of the area, Camarillo sees over 300 days of sunshine a year.  As stated by the United States Census Bureau, the population of Camarillo was 65,201 in 2010.

After the construction of the Oxnard Air Force Base, now known as the Camarillo Airport, the population of the city began to grow steadily. Many families moved to the area to work at both the Air Force Base and Naval Base Ventura County.  In the 1930’s, the Camarillo State Mental Hospital was opened to help patients suffering from mental illness or tuberculosis.  Several popular songs have been written about the facility, with the Eagles “Hotel California” being the most famous.  Closing its doors in 1997, the hospital is now the site of California State University, Channel Islands, which opened in 2002.  The bell tower from the original hospital still remains as part of the campus today. 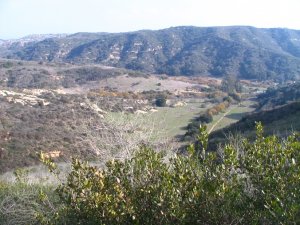 With few big businesses within the city limits, Camarillo is mostly a commuter town.  While Camarillo real estate offers a good number of large housing tracts, there are also townhomes, cluster developments, retirement communities, mobile home parks, and apartment complexes.  Much like other cities in the county, Camarillo is resistant to new developments and large growth.  The city has allocated 400 new units each year, which should allow the city to grow at a slow, but consistent pace.  For those looking to rent within the city, rentals can be found from $850 to $2000 per month for one or two bedroom apartments. Camarillo also offers the Mortgage Credit Certificate Program, which can assist homeowners in reducing their federal income tax liability, thus creating additional disposable income that can be used towards their mortgage payment. For more information about Camarillo housing, check out the City of Camarillo’s Housing Resource Guide.

There is an abundance of housing options available in Camarillo, therefore the backing of a reliable Camarillo real estate company is essential.  Dream Home Property Solutions, LLC prides itself in its ability to deliver the results that clients demand.  Co-owners Ainslee and Cornelius Charles bring a wealth of leadership and project management skills from other careers to combine with their knowledge of the local markets.  They take it upon themselves to help you solve all of your real estate needs.